Sleep disorders can be mentally, emotionally, and physically taxing. They can affect a person’s quality of life in the long run, rendering them unable to perform simple tasks. But science had abandoned patients with sleep disorders. It consistently and diligently comes up with medical solutions to ease the plight of individuals experience slumber issues.

Usually, the remedies are usually preceded by thorough tests for doctors to properly understand the patient’s condition before drawing up a solution. One such test is polysomnography.

Polysomnography is a sleep study. It is an extensive medical test to diagnose sleep disorders. Polysomnography records the patient`s brain waves, breathing patterns, heartbeat, and even the movement of the legs and eyes.

A person with a sleep disorder should opt for this test. We`ll help you find affordable polysomnography in Oakland County.

The purpose of polysomnography is not just to diagnose sleep disorders. It also helps physicians adjust treatment plans and medicines for patients already diagnosed with sleep disorders.

You can choose from four types of sleep studies. We`ll discuss each type in this blog below:

It is the initial test to diagnose a sleep disorder. During the test, the functionalities of different body parts of patients are recorded. Such as

This test is done to measure the intensity of sleepiness of a patient during the daytime. Physicians often ask patients to keep a record of their naps and nap timings throughout the day. Patients can also be admitted to a hospital sleep unit for this test. It measures how quickly patients fall asleep when they are idle.

It is an overnight sleep study in the presence of a medical technician. This is where a patient is closely monitored to measure and set continuous positive airway pressure (CPAP). This is a common therapy to treat breathing problems during sleep. CPAP is only needed once the patient is diagnosed with sleep disorders such as obstructive sleep disorder, sleep apnea, and hypoxemia.

This test is performed on patients with moderate to severe sleep disorders. It helps the physician to analyze the amount of CPAP pressure required to subside the apnea.

Reasons for a sleep study

Sleep sickness is a medical condition in which the person is not able to sleep soundly, It affects and changes the way of sleeping.

They often involve mental and emotional issues. It contributes to worsening mental health.

There are many types of problems involved in sleep disorders. They usually include unusual breathing, sleepwalking, excessive sleep during the daytime, obstructive sleep apnea, parasomnias, insomnia, and restless leg syndrome.

Around a third of adults report experiencing symptoms related to insomnia. What’s worse is that 6 – 10% of them meet the criteria for insomnia disorder.

What are the symptoms of a sleep disorder?

A person with a sleep disorder might have one or more of the following symptoms:

Insomnia is a medical condition in which patients find it difficult to fall or stay asleep. Patients with insomnia may face one or more of these:

What is sleep apnea?

Here the symptoms are unusual breathing patterns which if not treated may stop repeated breathing during sleep or may be fatal.

There are two categories of sleep apnea: obstructive and central

Is the more common of the two. It is caused by a blockage of the airway, usually when the soft tissue at the back of the throat collapses during sleep. Usually, OSA is characterized by symptoms like daytime sleepiness, snoring, sleep restlessness, fatigue, breathlessness during sleep, and concentration issues.

It’s a condition that occurs when the brain is not sending proper signals to the muscles that control breathing.

Restless leg syndrome(RLS), also called Willies Ekbom Disease, causes an unpleasant or uncomfortable sensation in the legs and an irresistible urge to move them. Symptoms commonly occur in the late afternoon or evening and are often more severe at night when a person is resting or lying in bed. They may also occur when a person is sitting for long periods or is inactive. Since symptoms can increase in severity during the night, it becomes difficult to fall asleep or return to sleep after waking up.

It is estimated that 5% of the general population and as many as 10% of those over the age of 65 have this disorder.

This condition is often recognized through uncontrollable daytime sleepiness and unprecedented sleep attacks. Individuals suffering from narcolepsy report finding nearly impossible to stay alert and awake for extended periods of time. What’s worse is that these sleep attacks know no concept of time and placed. This means that you could be in the middle of the road a sleep attack could engulf you. Narcolepsy may badly affect your life routine.

REM sleep is typically when most dreaming happens. People with narcolepsy can experience REM sleep at any hour of the day. Narcolepsy can quickly shift people from light sleep to REM sleep – within 15 minutes to be exact.

The hallucinations are also called parasomnia. They happen as you fall asleep and upon waking you may feel undesired events. One example of this is people reporting feeling a stranger’s presence in their bedroom. Usually, these hallucinations are incredibly vivid, and thus frightening. The individual in not completely asleep when they start dreaming and thus the dreams feel like reality.

How to prepare for a sleep test

Once you are aware of the symptoms of sleep disorder. Now it’s high time to consult a physician. Alternatively, you can visit a center that specializes in lung and sleep disorders.

A couple of things are listed below to keep in mind while preparing for a sleep study (polysomnography).

The polysomnography procedure is simple. A medical technician may attach: 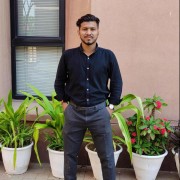 This Is What Happens When You Become A High Ticket Closer 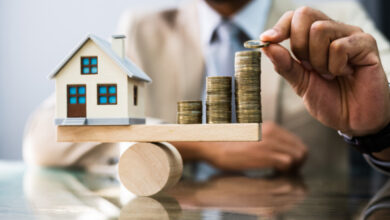 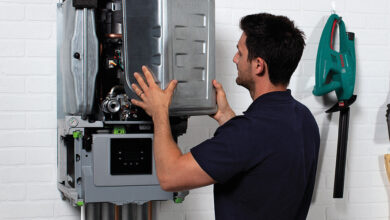 Get Cisco 700-846 Questions And Answers To Fill Preparation Gaps