Namaskaar!! Tourist if you want to visit Jaipur. So, this article is basically for you. Jaipur is known as Gulabi Nagari. Here you should know the top 4 must visit temples in Jaipur while sightseeing tour. Rajasthan has been a biggest historical place of various Rajas and Maharajas. Also, heroic warrior’s significant contribution for Rajasthan or Rajasthan’s culture.

4 Must Visit Temples in Jaipur

Here we mention list of 4 must visit temples in Jaipur .

As a result, The Galta Ji temple is pilgrimage place in Jaipur.  You should know the Jaipur sightseeing packages include Galta Ji where the shrine of Saint Rishi Galav is present. There are 7 natural kunds or natural water tanks in this temple, they are all time full of watar. It is located between 2 hills at 10 Km. far away from the city. As a result, the Galta Kund is contemplated known as the holiest kund. Because, this is the one and only water tank of this temple which never goes dry at any weather. Also, you enjoy serendipity with the company of monkeys and their baby. So, they are often friendly with peoples, some time naughty and you can even feed them.

The Govind Devji temple is known as Govind Devji, Lord Krishna aradhya is visited every year by his devotees from near and far. This is located in the complex of city palace. it’s a must visit Govind Devji Temple. This temple is considered among the seven temples of Lord Krishna in Vrindavan. As a result, the idol was carried from Vrindavan to Jaipur by Raja Sawai Jai Singh II.

The legend behind the idol of Lord Krishna is that when Shri Bajranabh – the great grandson of Lord Krishna was 13 years old, he inquired about the appearance of God which was worshiped by everyone, from his grandmother – Lakshmana.

While she was answering, Bajranabh started making the statue according to the descriptions her grandmother was giving. After the statue was completed, only the feet resembled Lord Krishna, and this is how this idol became known as “Madan Mohanji”. In an attempt to make a better idol, another image was created by Shri Bajranabh in which the chest part resembled that of Lord Krishna, and this idol was called “Gopinathji”. The third one was called “Govind Devji” because the face was exactly look like the Lord Krishna. It was the idol which was carried to Jaipur by the Jaipur’s Raja Sawai Jai Singh II.

The Garh Ganesh is the temple of lord Ganesha. It is located at atop a hill near the Nahargarh hills. The temple is only devoted to Lord Ganesha. The Lord Ganesha is the son of the Lord Shiva. Also, there is a belief that he is present in the form of a small child – Vigra Purusha Kriti (without a trunk). This statue of lord is naturally present in the hill. This temple was built by Maharaja Sawai Man Singh I Also, he placed the statue in such a way that with binoculars it is visible from where Chandra Mahal of the City Palace.

Every year on Ganesh Chaturthi, a five-day fair is held. And generated more rush. The Garh Ganesh fair is start at Ganesh Chaturhti and continue with the Rishi Panchami and continue till next 3 days. This temple attracting many devotees and tourists. This temple is known for natural statue for itself. So, you can seek blessings from the lord Ganesha.  And I am sure you definitely enjoy the view at the hill of Jaipur city.

As a result, this temple known as Birla Mandir, also it is known as Laxmi Narayan Temple is considered as one of the alluring temples of the Jaipur. Birla Mandir temple is the blessing of the city and also beauty of white marbel. It is close to Moti Dungri temple. You should know this is made by white marbel. So, the temple worships (aradhya) Lord Vishnu Narayana and goddess of wealth, prosperity, and money Laxmi.

While it is considered as an architectural beauty with the wall design creation, this temple is consists of three tall spires, depiction of Hindu scriptures on stained glass windows. Also, framed Scenes of Ramayana and quotes from shree Mad Bhagavad Gita are presented on the walls of the temple. Also, the beauty of this temple not only brings a visual treat but also gives a feeling of peace or relaxation.

Also read: Why indian students choose to study at University of Worcester?

 Personalized Gifts For Him In Dubai: What Are Some Good Options?

Lagos, Nigeria Travel Guide: Everything You Need to Know for 2022 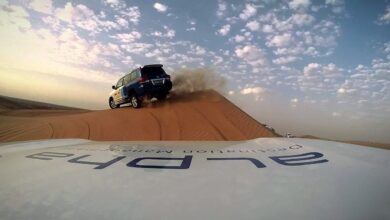 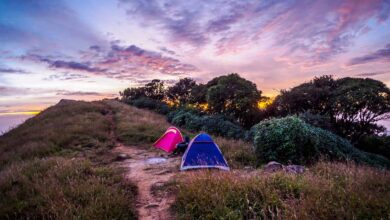 TADIANDAMOL TREK-A JOURNEY BEYOND THE DESTINATION 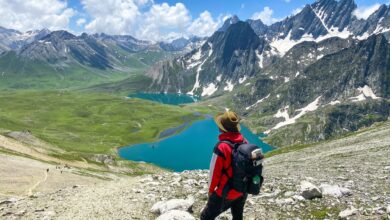 Kashmir Great Lakes Trek: Why it is one of the most beautiful trek