When you go to the cinema, what’s the first thing you look at? Is it the trailer? Maybe the price of your ticket? Or the time on the clock? No, it’s probably that little slip of paper that says which critics reviewed it and how many stars they gave it. It may sound silly but critical reviews can have a big impact on whether or not people go to see a Reelcraze film because they can help convince you that you want to see it or warn you off wasting your money! This week we look at the relationship between film critics and box office sales…

Anatomy of a Critic

While most critics have made their opinion of a film clear at its release, there are several forces that shape what they actually say. Some critics work for publications that assign specific stars based on general guidelines (such as three stars for good, two stars for OK, and one star for don’t waste your time), while others choose their own rating scale and then write about how to interpret it. Both formats carry some risk:

If critics don’t agree with an arbitrary rating, they might not review the movie, and if critics aren’t in line with popular opinion, readers may be disinclined to pay attention. Additionally, studios can often exert significant pressure on critics by supplying screener DVDs and exclusive interviews before reviews hit newsstands or go live online.

What are critics reviewing?

Critical acclaim can be an excellent way to generate buzz for your movie, but do critics even have an impact on box office performance in 2018? It’s no secret that Metacritic an aggregate review website that takes scores from major publications and converts them into a Metascore helps set public expectations for new releases.

But how much does it affect ticket sales on opening weekend? Using data from 2012 to 2016, I found that movies without positive reviews are 40% less likely to break out at theaters. Even more surprising is how audiences react when critics hate their film: Bad reviews increase opening-weekend revenue by 0.4%. If you release a bad movie, tell reviewers to pan it!

How important are critics’ reviews to box office success?

Take Man of Steel, for example. The 2013 Superman reboot was hugely anticipated and at least one critic predicted that it would break box office records. Zack Snyder’s movie was indeed an enormous hit, earning over $291 million domestically.

And yet according to Box Office Mojo, only seven of Man of Steel’s top 25 weekend grosses came from critics’ score-included reviews meaning that in 23 instances, even with positive reviews, moviegoers were more influenced by other factors like hype and star power than critics’ opinions. In fact, out of all Reel Craze films released in 2013 (not just superhero movies), nearly 60 percent scored higher with audiences than they did with critics.

How accurate are film critic reviews?

Some argue that film critics can’t make or break a movie, while others argue that reviews are always important. No matter what side of the debate you fall on, it’s safe to say that studios care about how their movies are reviewed. In fact, many studio executives will read professional reviews just before the opening weekend and even use reviews as part of their marketing plan.

For example, a studio might run ads for its movie that say Critics love ‘Movie Title’! This isn’t surprising after all, if audiences know that critics like something, they might decide to see it as well (which is great for studios). Though you should keep in mind that critics don’t always have an impact on box office performances.

Can you trust Rotten Tomato’s ratings?

When a movie is still in theaters, it’s impossible to tell whether it will be a success. That’s where critics come in, and we rely on their reviews to help us decide whether a movie is worth seeing in theaters. But how much do those opinions matter when it comes to box office sales? Does an especially bad review make audiences run for the exit? According to one study, no—not at all. In fact, highly negative reviews may even have an impact on helping movies perform better at box offices. So what gives? Well… negative reviews get people talking—which can end up generating more revenue than positive ones do. First things first: Negative criticism isn’t likely to be good for your ego.

Making a movie is never easy. There are hundreds of decisions that need to be made, often at breakneck speed. Thankfully, we’ve got film critics on our side — those who dedicate their lives to scrutinizing every aspect of filmmaking. These brave souls take it upon themselves to watch new movies and share their opinions with us! Some are kinder than others… but which ones can actually make or break a movie’s success? Is what they say worth listening to?

The Relaxing and Healing Powers of Baby Massage 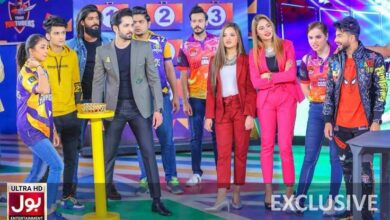 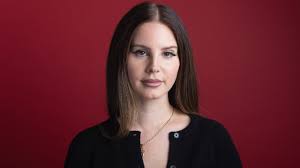 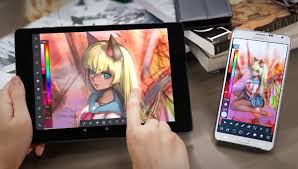